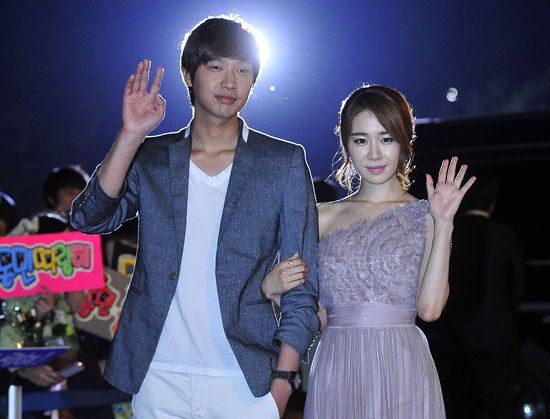 Ji Hyun Woo Heads off for Military Service – Who’s Next?

All Korean men are required to complete two years of mandatory military service. For celebrities, it’s a tough situation since it means they won’t be able to reach their fans for over 24 months – which puts their whole career at risk as they may never be able to recover their popularity to pre-enlistment level.

On August 7, Ji Hyun Woo became the latest Korean celebrity to join the Korean army. With more than 100 fans bidding him farewell, the star actor said, “Thank you for coming out in this hot weather. I’ll safely complete my service and come back soon.”

Over the past 12 months, we’ve seen some of the top stars, including Rain, Super Junior’s Heechul, Wheesung, Hwan Hee, and SS501’s Kim Kyu Jong enlist in the army. In this article, we’ll take a look at the stars that are expected to enlist by the end of this year.

Enjoy the list and please let us know if we missed anyone!

Super Junior’s Leeteuk first revealed plans to enlist in 2012 during a press conference last year. This year, too, he’s mentioned his plans to enlist several times, describing it as a “long schedule” and a “big homework” he needs to complete. The exact enlistment date has not been confirmed yet, but Leeteuk will join Heechul in Korean army by the end of this year. Super Junior’s leader position will remain empty during his service period.

Last November, TRAX’s Jay and Jung Mo revealed in an interview that they were planning to enlist around the same time. Jay, however, joined Korean military last March, leaving Jung Mo behind, who couldn’t keep the promise due to his personal schedules. But Jung Mo is now 27 and time is quickly approaching for him to head off for military service.

Tei is 30 in Korean age, and he can’t postpone his enlistment date any longer. He’s already mentioned in an interview this past March that he is planning to join the army by the end of this year. He said, “Nothing has been confirmed yet, but I think I’ll enlist before winter passes. It’s a bit sad that I’m joining the army at 30 years old.”

8eight’s Lee Hyun has repeatedly confirmed that he’ll be enlisting by the end of 2012. During KBS “Yoo Hee Yeol’s Sketch Book” last November, he said he may not be coming back with a new album this year because he’s heading off to Korean military. Also, in an interview on SBS “Challenge 1000 Songs,” he said he’s thinking of enlisting in the army this year. Who will replace him as Chang Min’s partner for Homme?

Those who enlisted in 2010 are almost done with their military service. Park Hyo Shin is set to end his service duty on September 24, while actor Kang Dong Won will be done on November 12. Hyun Bin, who brought so many tears to fans with his enlistment in 2010, is scheduled for discharge on December 16.