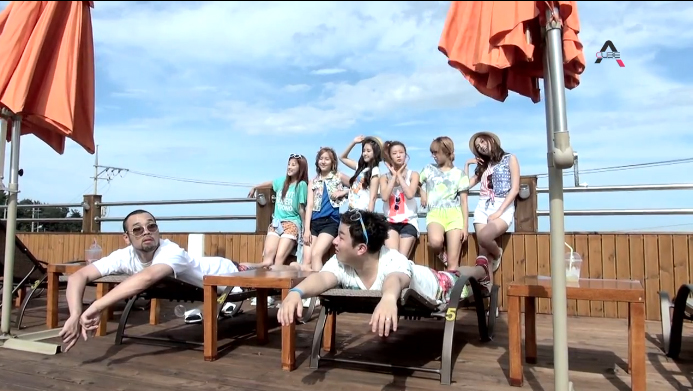 Following the release of his music video for “Mayday“ last week, Mario has now released the behind the scenes video.

As the music video featured his A Cube Entertainment label mates A Pink and Huh Gak, we see more of their fun interactions while shooting scenes together. Their playful attitudes match up well with the relaxed sound of this summer song. The girls of A Pink look especially cute while riding on the jeep and playing on the beach.

“Mayday” was released as a digital single on July 31 and features Kim Changryul on the track.

Apink
BTS
Huh Gak
Mario
KPLG
How does this article make you feel?