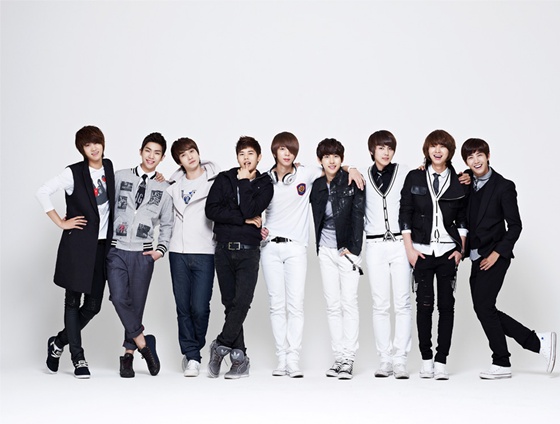 Siwan was first asked, “Bullying issues are becoming a serious topic among girl group members. What do you think about the T-ara issue?”

“It simply doesn’t feel good to see our fellow artist get involved in such a terrible issue. But it’s already happened, so we hope everything gets solved as smooth as possible,” he responded.

He continued, “We’re telling ourselves that we should continue our activities without such problems. In fact, to be honest with you, Kwang Hee is bullying (ostracizing) the rest of the eight members.”

They were also asked if they ever fight, to which Kwang Hee answered, “It would be a lie if we didn’t fight. But most arguments, I win. Every group needs some time to understand and talk to each other. Nine strangers formed a group together, so it’s only natural for everyone to try growing a better understanding of each other.”