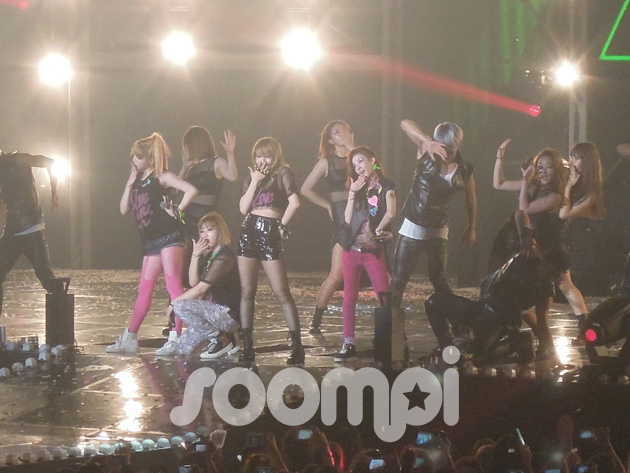 On August 8th, the famous Korean cosmetic brand, Etude House held the third edition of its “Pink Play Concert.” Soompi was there to cover the event!

Since 2010, Etude House organized the “Pink Play Concert” to thank their loyal customers for their support. The line-up for the concert was no joke as Etude House’s endorsers, popular K-Pop groups, 2NE1 and SHINee* were there to make the show! TEEN TOP, Ailee, Ulala Session and Toxic also took part in the concert.

To get an insight of Etude House’s ‘Pink Play Concert 3,’ check out our exclusive video and pictures below!

*You’ll note that SHINee’s Minho couldnt attend the concert as he is currently filming for the drama “To The Beautiful You.”