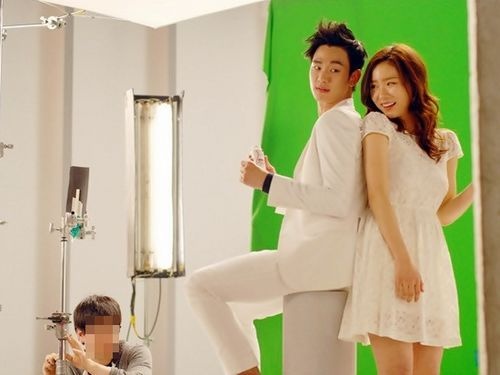 Actress Shin Se Kyung stated about Kim Soo Hyun with whom she filmed a commercia this year, “I don’t see him as a member of the opposite sex.”

The actress recently made a guest appearance on TVN’s talk show “Taxi” and talked about her experiences. On that episode, Shin Se Kyung revealed that Kim Soo Hyun and herself attended the same school, Chung Ang University where they both studied Arts and Cinema. She further revealed that they became friends since and that they were very close.

Then MCs Lee Young Ja and Gong Hyung Jin asked, “You didn’t think of Kim Soo Hyun as a man ever?” To what Shin Se Kyung replied while laughing, “I only see him as one of my siblings.”

Meanwhile, this episode of TVN “Taxi” will air on August 16.

Kim Soo Hyun
Shin Se Kyung
Taxi
The Moon That Embraces the Sun
Tree With Deep Roots
KPLG
How does this article make you feel?