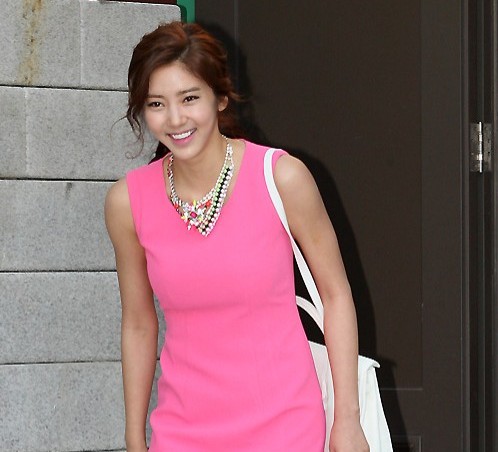 Son Dambi delayed her comeback once again. Initially, Son Dambi planned on making a comeback earlier this month. She has been preparing for the upcoming album in the middle of her busy acting career throughout MBC “Light and Shadow.” She only had album jacket photo shoot, music video filming, and post-production work on the upcoming album left before making a comeback.

She even has the title song of the upcoming album picked out, but decided to postpone her comeback because she was not satisfied with what she has at hands at the moment. Son Dambi’s agency Pledis Entertainment explained, “The biggest reason for delaying her comeback is the level of completeness. Son Dambi practiced the new choreography for a month, but she wasn’t satisfied with it. So we decided to make several changes and first postponed her comeback to early September. However, she still sees room for improvements in her choreography, so we finalized the comeback date as sometime in early October.”

Meanwhile, Son Dambi is working with famous songwriter Brave Brothers, who brought her fame and stardom with “Crazy” and “Saturday Night” previously, for the upcoming album. Fans and netizens are anticipating to see what kind of fun music Son Dambi and Brave Brothers have prepared together.