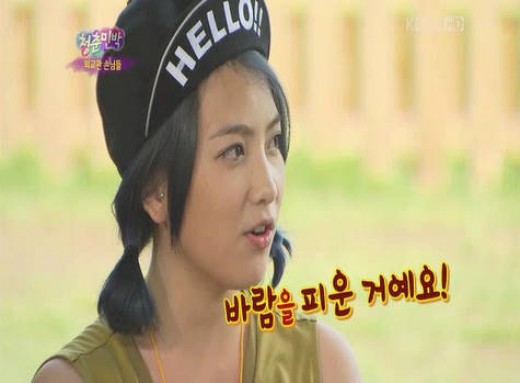 Kara’s Kang Jiyoung Was Cheated On By Her Ex-Boyfriend

On the most recent episode of KBS 2TV’s “Invincible youth 2”, a “Youth Lodging” special was aired with diplomats from the Ministry of Foreign Affairs and Trade (MOFAT) as guests. On this day, the members were split into two teams. One team went to the fish market to buy clams, and the other team prepared the dough for the noodles.

Kara’s Kang Ji Young was put into the noodle group, and while she was kneading the dough, she said, “There was an oppa I dated before I debuted when I was in middle school. We would write letters and throw it through the window and read them during gym class,” and shyly started telling her story.

She continued, “But he cheated on me. So we broke up. Coolly. But I still cried. In the end, I bawled as I sang Lee Eun Mi’s ‘I Have a Lover’ at karaoke.”

To this MC Lee Young Ja said, “I, too, had a man that I loved, but he got married. So it was hard for me. I had a scandal for the first time. That person got married to a producer.” The members were able to figure out that she was talking about MC Shin Dong Yup.