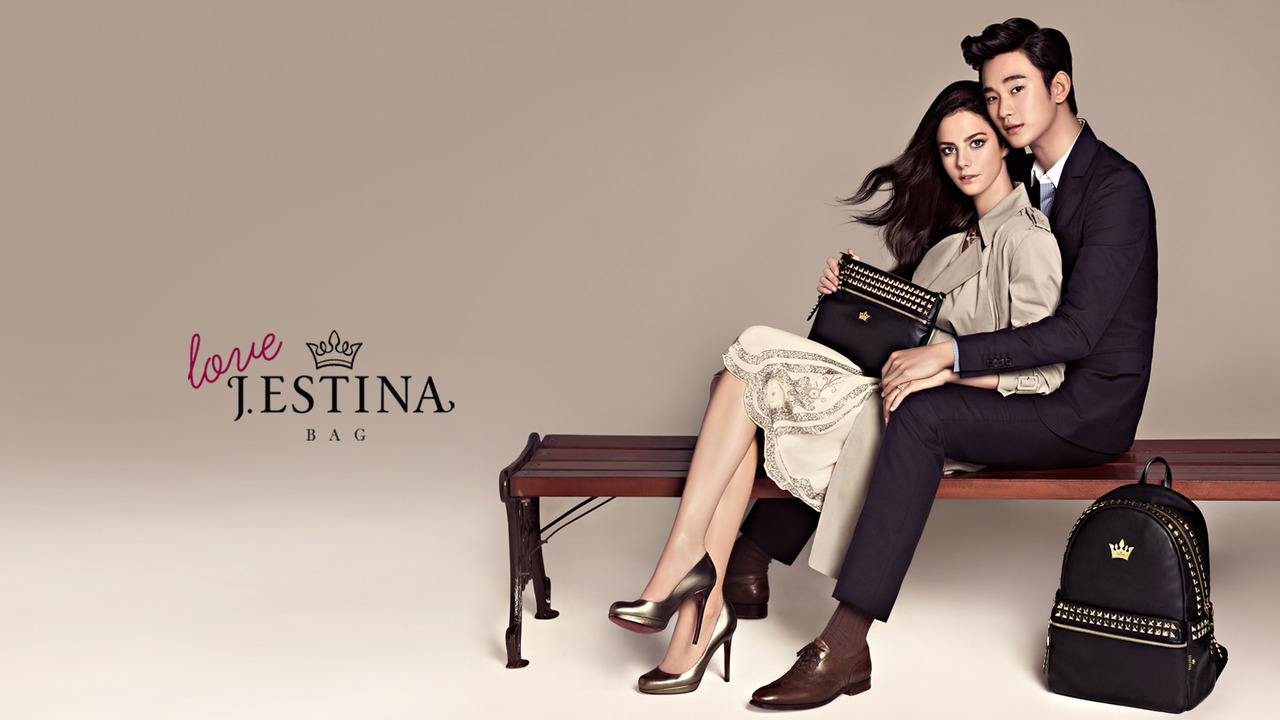 Kim Soo Hyun Gets Close With His Ideal Girl

Actor Kim Soo Hyun has a chance to collaborate with his ideal girl again. He is having an intimate moment with British actress Kaya Scodelario for a new ad.

They are the current models for the Korean jewelry brand J. ESTINA and have teamed up to shoot for the autumn pictorial.

Kim Soo Hyun is suited in black and sits on the bench with his legs apart. Kaya steadily positions herself on his right leg wearing a trendy trench coat. He delicately places his right hand on Kaya’s chin. This is the most intimate shot out of the pictures that have already been released to the public.

Netizens who came across the picture wrote, “Get off of his lap right now,” “He looks like a player with a lot of charisma because of the way he dressed,” “Is it a habit for Kim Soo Hyun to touch a woman’s chin?”

Kim Soo Hyun has received a lot of attention for stating that Kaya Scodelario is his ideal girl. They have previously met this past March to shoot an ad for J. ESTINA.