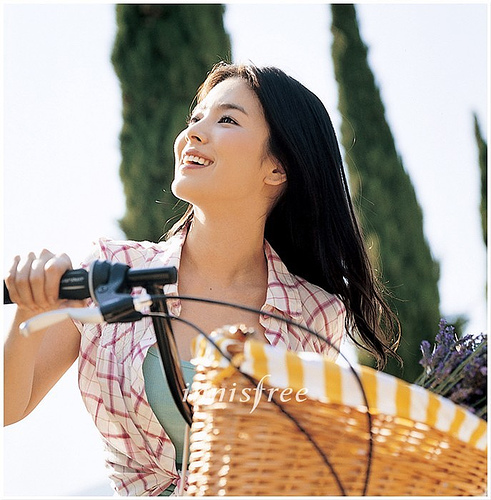 A picture of actress Song Hye Gyo during her childhood years has been revealed, and has been gaining attention for her pure and beautiful image even as a little girl.

On August 31 an essay entitled “Hye Gyo Time” was uploaded onto the Internet and included a picture of child Song Hye Gyo with her first puppy.

According to the essay, Song Hye Gyo’s mother took the photograph when Song was only four years old. The essay referred to the puppy as “the puppy that went to heaven,” and explained that as the only daughter, Song Hye Gyo spent a lot of time and shared much affection for her puppy while growing up.

While Song was busy with scheduled activities overseas, her dog had suddenly passed away. Song cried uncontrollably after hearing the news of her dog, and still expresses regret for not being with her dog until the last moment.

After spending a significant amount of time with her pet dog, Song developed a particular concern and interest in issues concerning animals and the socially disadvantaged.

Song Hye Gyo
How does this article make you feel?