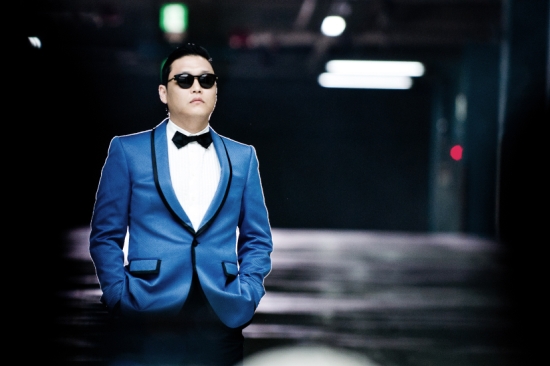 Psy’s “Gangnam Style” becomes the first song in 2012 to score five weeks on top of our chart as it continues its dominance towards the end of the summer. It shows no sign of slowing down as it is still getting a very high score of 974 points, only four points fewer than last week. Even though “Gangnam Style” finally gave in to newer songs on most independent charts, it tops the idol dominated network rankings for the last two weeks to offset. So overall the score of this international hit remains steadily high. For now, “Gangnam Style” is definitely the favorite to win “Song Of The Year”.

Not only did “Gangnam Style” achieve its fifth week on top, it is also running away from the competition this week. The next six songs on the chart all flip-flop in positions in pairs. At No. 2 and 3, BoA and Beast exchange place again with “Only One” beating out “Beautiful Night” this week. Teen Top and Sistar also trade places at No. 4 and 5 with “Be Ma Girl” and “Loving U”. Then it is 2NE1 and Skull & Haha reversing positions at No. 6 and 7 with “I Love You” and “Busan Vacance.”

There are two brand new songs in the top 10 this week and they are also debutants. Ironically, these two songs ranked higher than “Gangnam Style” in most internet charts this week. At No. 9, Seo In Young returns after switching to a new record company with a digital single “Anymore.” This is a pop rock track that has funky electronic sounds and African rhythmic drum sounds, which accompany Seo In Young’s powerful vocals. Although “Anymore” has a bright and upbeat sound, it is about a woman’s determination to get over her past love and hurt.

After spending most of this year in Japan, Kara finally returns home and releases their fifth mini-album “Pandora.” It is the title track of their new mini album and debuts at No. 10 this week. “Pandora” is a synth pop dance song written by the same team of Han Jae Ho and Kim Seung Soo who has written many of Kara’s past hit songs. Even though “Gangnam Style” looks to be the favorite again next week, don’t be surprised if “Pandora” makes a big jump to be the new No. 1 song. Given Kara’s track record of being one of the most successful artists on our chart, anything is possible.

Debuted in 2006, See Ya was labeled as the female version of SG Wannabe. The trio was recruited by the same record company and trained by SG Wannabe. At that time, there were not as many girl groups in K-Pop as now, and not many have the talents of See Ya. They instantly become very popular. “Shall We Marry” is the follow up song from the second album in 2007, probably See Ya’s most successful album. It was No. 1 on our Soompi Weekly Music Chart five years ago this week. Both this song and the album main title song “Love Greeting” became No. 1 songs. It is always rare in K-Pop for two songs from the same album both topping the chart.

See Ya broke up in early 2011. Former leader Nam Gyu Ri has become a successful actress and also sings occasionally on OSTs of the drama she acts. Members Lee Boram and Kim Yeon Ji are both pursuing solo singing careers.