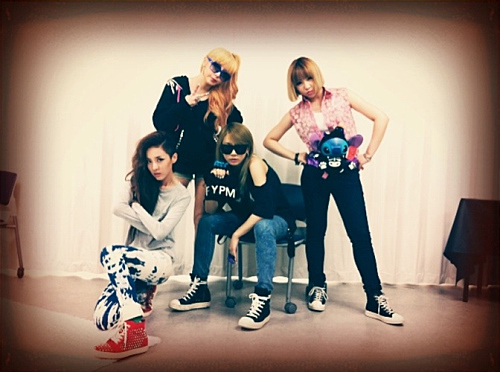 She shared the photo on her personal Me2Day with the caption, “So~Here’s the stocking wearing shot I told you about!!! Doo goo doo goo doo goo doo goo… as many people would have predicted! 2NE1’s ‘curvy legs’!!! The soulful voice~I’m sorry~it’s Park Bom! ^_^ Clap Clap Clap!!! Looks good, right? So~sexy~! I hope you guys try these stockings too! I’m looking forward to your proof shots~^.*.”

In the photo, Park Bom is seen with her legs stretched out, wearing 2NE1-labeled custom stockings. Her face isn’t shown in the picture, but there’s no question those slim legs are none other than the beautiful Park Bom’s.

Netizens commented, “Only the beautiful Park Bom can pull off those stockings,” “Absolutely loving it!” and “There’s no one in K-Pop with better leg lines than Park Bom.”