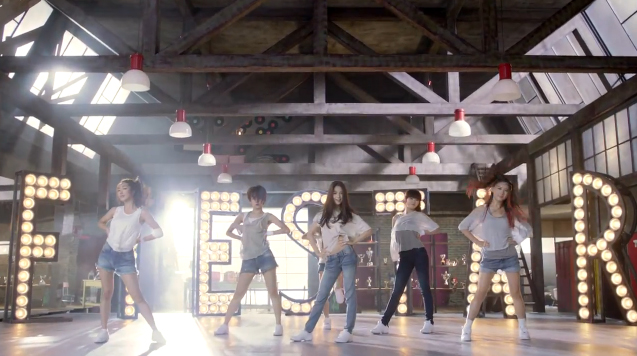 Following the release of their music video for “Vista“ a few days ago, new girl group FIESTAR has now revealed their performance version.

Through this video, we are able to get a better look at their energetic choreography for the song. As they are dancing in that attic like room, the lights that spell out their name illuminates throughout the song and creates a nice bright effect.

Created by LOEN Entertainment, this six member group released their debut single on August 31. They had also made their debut performances this past weekend on the various music shows.

–
What
Dance Version
KPLG
FIESTAR
How does this article make you feel?