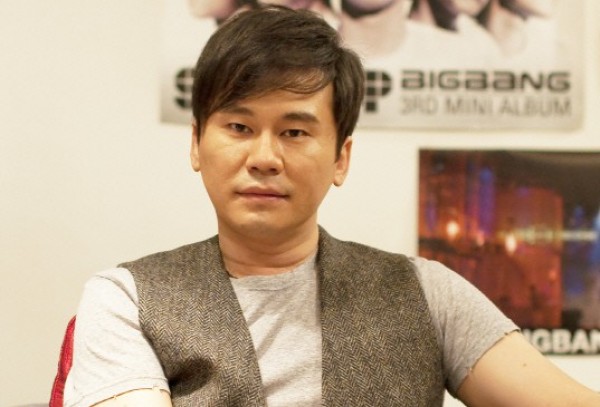 “Money is not the main concern,” said Yang Hyun Suk (also known as YG) of YG Entertainment. With all the exciting news regarding Psy‘s advancement into the American music market, he remained calm and assertive. He said, “It’s a matter of discretion. We are going to have to be careful in dealing with what is to come.”

Psy is finally making his debut in the United States. On September 4, YG Entertainment announced that Psy signed a contract with Universal Republic Records for record publishing and distributing. Psy’s overseas management will be conducted by SB Project, the agency founded by Justin Bieber‘s manager Scooter Brown.

YG commented, “Something totally unimaginable just happened. Psy has replaced all records held by so-called popular K-pop idol groups. The fact that ‘Gangnam Style‘ MV reached 100 million views in 52 days suggest something special.” Previously, 2NE1‘s “I’m the Best” reached 50 million in viewership in a year and Girls’ Generation reached 84 million views with “Gee” over the course of three years on YouTube. Psy’s record is undeniably the biggest achievement made by a Korean artist in the shortest period of time. Psy has opened the door to a new market that no other Korean artist was able to reach so quickly and efficiently by signing an exclusive contract with Universal Republic Records. This contract has allowed limitless opportunities for Psy and his music.

YG also believes Psy’s big success with “Gangnam Style” proves that what the artist really wants to do and is passionate about transcends in his or her music and in return, attracts tremendous love and support from the public. He stated rather self-reflectively, “Any music or music videos made with some kind of purpose and therefore, forcibly fit into this given purpose never really succeeded in the past. I think it’s a good time for us all to reflect on what kind of attitude and energy of an artist receives warm welcoming from the public.”

What is more important for YG than Psy’s individual success is the possibilities he would be able to bring to K-Pop in general. He emphasized, “The fact that Psy is a Korean artist is more important than anything else, even more so than ‘Gangnam Style’s international popularity. Previously, Bae Yong Joon was a pioneer in leading K-drama’s heyday in Japan and BoA opened the international market for K-pop. Psy has to be a pioneer just like them, in the United States.”

He added, “Within the cultural realm, music is fully capable of producing positive attitudes towards Korea. It will affect the economy and other industries and eventually, Korea as a brand. In this aspect, Psy’s autonomic growth in popularity overseas and his advancement to the American market are the biggest and most valuable outcome and therefore, should definitely be recognized.”