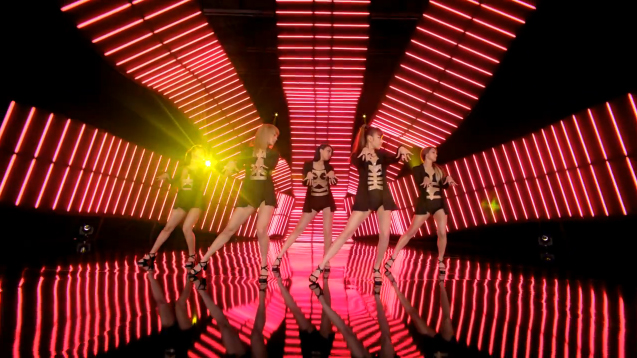 After releasing their comeback music video for “Pandora“ two weeks ago, Kara has now revealed their dance version music video.

While the original version of the music video included individual scenes of each member, this dance version released today features the choreography from two dance stages. On one stage, the girls are wearing tight black outfits in a room lit up with many red lines. The second stage features the girls wearing similar white outfits in a cube shaped room with bright lights.

Recently, the girls have been working on their comeback promotions and have been promoting on the various music shows. Despite some troubles in the beginning, they have continued on with promoting their new mini-album.

What did you think of their choreography for the song?

KARA
Dance Version
KPLG
How does this article make you feel?