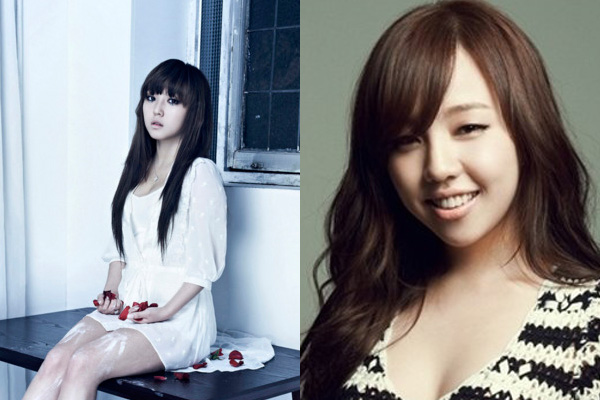 Recently, a photo was revealed of Baek Ah Yeon and miss A’s Min together. On September 11, Min wrote on her twitter, “With Miss Ah Yeon!!! Please give much love to ‘Slow Song.’” Along with the tweet, she attached a picture.

In the photo, Min and former “K-Pop Star” singer Baek Ah Yeon are posing cutely together while making a “V” with their fingers. Min is fashionable with her dark sunglasses and striped shirt while Baek Ah Yeon grabs people’s attention with her beautiful, no makeup face.

Netizens commented, “Not surprisingly, she does look a little different without makeup,” “They are both cute,” and “I think Baek Ah Yeon’s song is really good. Her voice is so nice. Also, she seems innocent! I hope her song becomes really successful! Baek Ah Yeon fighting!!”

Meanwhile, Baek Ah Yeon has begun her chase for people’s support and interest by debuting with her first mini album, “I’m Baek,” which was released on September 10.