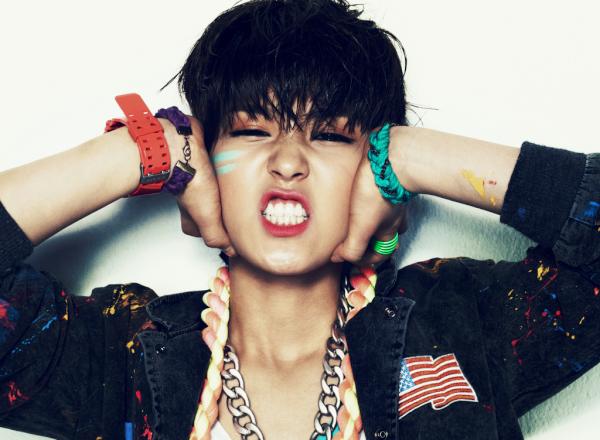 As you’re probably aware, there’s been a lot of boy bands and girl groups making their debuts within the past several years. There’s an interesting trend of where rookie girl groups are throwing away the “cute, weak, help me oppa” image to trade in for a tougher, stronger image.

It applies to the lyrics as well. Rather than aegyo-fied lyrics, the newer groups focus on revenge, tenacity and charisma. Group D-Unit gave up beautiful stage costumes and chose to don tomboyish clothes and dangling accessories while GLAM got industry-insiders talking by including a headspin in their debut performance.

Why are the girl groups changing their game? Although it has gotten better, it’s still hard for guys to open their wallets and shell out money for music. The purchasing power ratio between males and females is high, and it leans in the latter’s favor. Thus, girl groups are trying to win the hearts of girl fans.

The most recent girl groups like D-Unit, GLAM and TAHITI chose comfortable athletics wear over form-fitting performance costumes. Their choreographies are just as powerful and charismatic as the boy groups with their own charms.

Therefore, the sound of female fans cheering for girl groups at the broadcasting stations and concert venues is significant.

A representative official who is working closely with one of the newer girl groups explained, “It’s mostly females who buy albums or costly concert tickets. That’s why the girl groups have to gain female fans and will focus on concepts representing girls.”

Another official added, “Singers and agencies have changed in order to capture the hearts of female fans. Singers try their best to communicate directly with fans and produce a bigger variety of props and gifts to best suit their wants.”

Already at the top of the game, girl group 2NE1 has been successfully using this concept. Did they already figure that the change in dynamics will happen? CL spoke to OSEN, “It’s not that we decided to just represent girls, but we want to give girls strength. We wish that females can have self-confidence. Not just lyrics, but we also also want to show confident girls through performances and clothes.”

2NE1
CL
GLAM
TAHITI
KPLG
D-unit
How does this article make you feel?