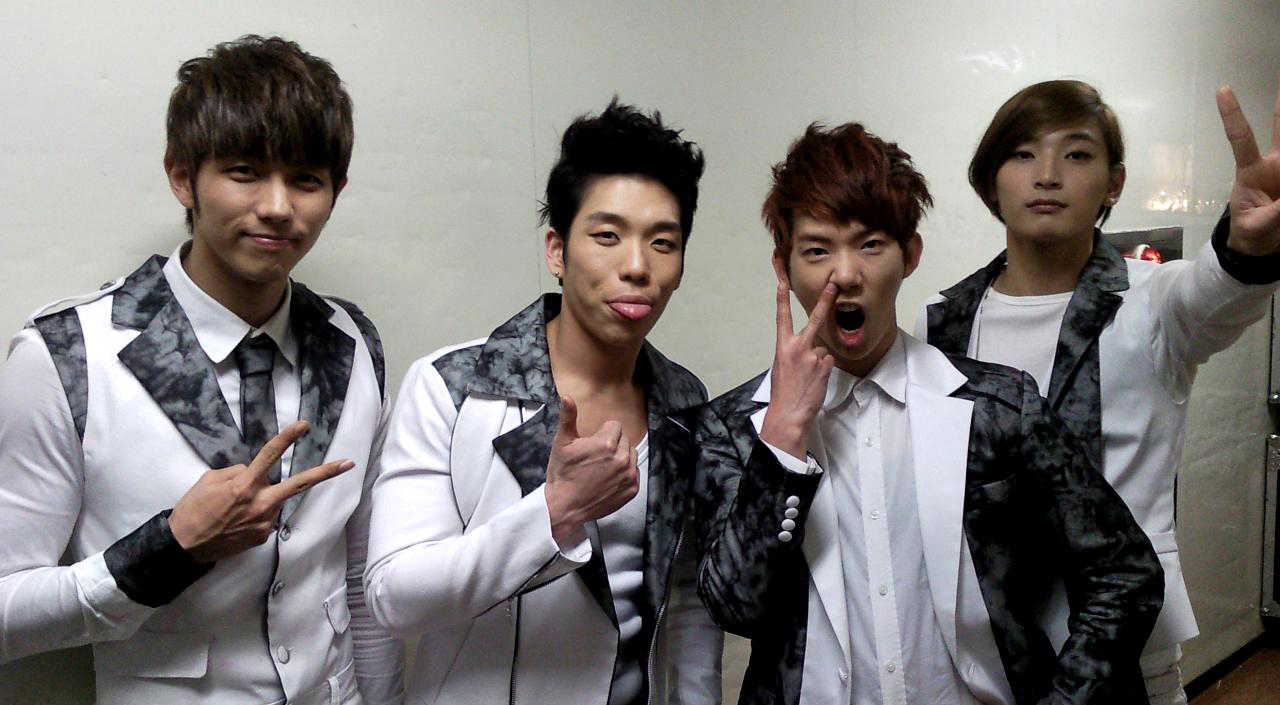 What Are The 2AM Boys Up To? Why, Drawing Portraits Of Course

Male group 2AM is receiving attention for their skillful portraits.

On September 11, member Jo Kwon posted a pictures taken of the masterpieces with the caption “We drew each other’s portraits.”

The revealed pictures of Seulong, Jo Kwon, Changmin and Jinwoon (clockwise starting from upper left) are causing much laughter because it’s easy to figure out which portrait is of whom without names labeled. Each member’s specific traits were emphasized like Seulong’s beard, Jo Kwon’s thin face, Changmin’s portruding lips and Jinwoon’s half-moon eye-smile.

It’s interesting to note that local netizens think the portraits of Jo Kwon and Changmin look the most like their real selves.

Netizens who chanced upon each picture commented “I’m going crazy,” “These were really well drawn,” “It’s been a long time since I laughed this hard” showing how much people enjoyed the wonderful creations.

Soompiers, can you guess who drew which portrait? Which looks the most identical to the real-life figures?

Jeong Jinwoon
2AM
Changmin
Seulong
KPLG
Jo Kwon
How does this article make you feel?