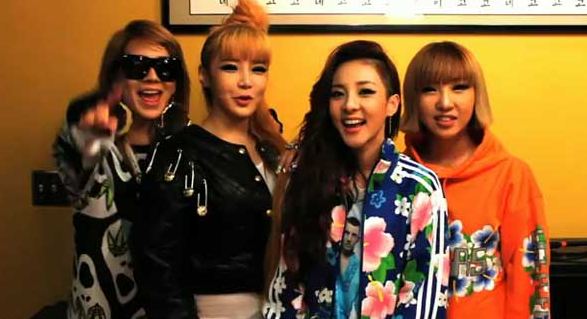 2NE1’s CL, Minzy, Sandara, and Bom Eat Out with Danny Im in LA

On the first episode of new Mnet show “Danny From LA,” Danny Im visits the girls of 2NE1, CL, Sandara, Minzy, and Bom on the set of their photo shoot for fashion designer Jeremy Scott.

Mnet show “Danny From LA” released a video of Danny Im’s day with 2NE1 where he talks with the 2NE1 members on set, interviews Jeremy Scott, and takes the girls out for Korean BBQ. The video opens with 2NE1 members smiling into the camera, and CL saying, “Congratulations on your new show! Check out “Danny From LA!””

The girls mention that they want to eat meat, and CL jokes in the van on the way to the restaurant that Danny should buy. Danny Im mentions he had invited Jeremy Scott to come eat dinner with 2NE1 but found out Jeremy Scott is a vegetarian. They chat over dinner, and the video closes with Danny saying he misses his YG Family.

Watch the video on Soompi.