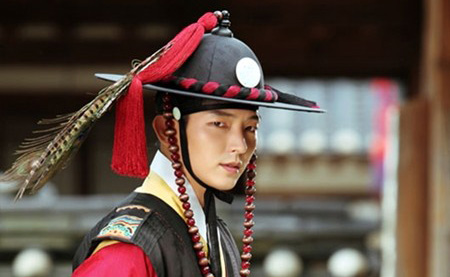 Lee Jun Ki Sings for “Arang and the Magistrate” OST

Drama
by halves-in-unison
Lee Jun Ki is planning to catch 2 birds with 1 stone. He’s currently acting in MBC’s “Arang and the Magistrate” and it’s been revealed that he also took part in recording a song for the OST.

The song he sings is titled, “One Day.” Couple lines from the sad lyrics reads “Can’t you just wait for me for one day, can’t you just be by my side for one day.” He has received great reviews by industry insiders for perfectly expressing the heart of Eun Ho (played by Lee Jun Ki himself) for Arang (played by Shin Min Ah) with his appealing voice.

The recording went smoothly at the studio because of his many experiences recording for other opportunities. A person from the production company stated, “Even though Lee Jun Ki had to stay up all night for filming, he happily agreed to record a song. He expressed Eun Ho’s feelings very well and created a perfect song.”

Soompiers, listen to his song here below! What do you think?

Lee Jun Ki
Arang and the Magistrate
KPLG
How does this article make you feel?