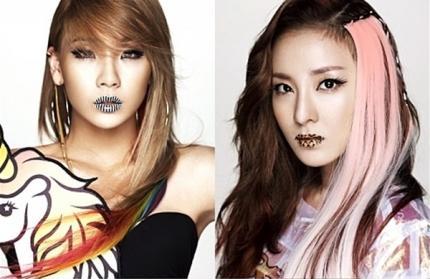 2NE1 Sandara Park‘s Twitter has recently been hacked by none other than fellow member, CL!

A short while after, Sandara tweeted, “Ack. The leader was playing with my phone while I was getting my makeup done. Oh my stomach! Oh my stomach! What is this!”

It seems like Sandara’s phone had been playfully breached by CL, who secretly tweeted those random messages.

Netizens reacted with “It’s only been two days since Sandara started Twitter and I thought she was hacked,” “I thought someone hacked and was worried,” “Park Bom’s replies are so cute,” “Jung Il Woo is funny because he took it so seriously,” and more.

Sandara Park
2NE1
CL
KPLG
How does this article make you feel?