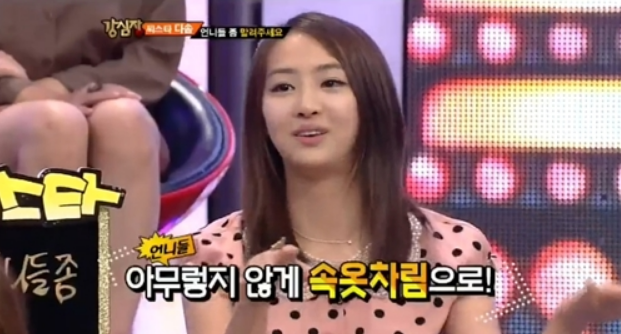 K-Pop stars often say the most surprising and funniest things! From G-Dragon’s dating experience to Leeteuk’s late night texts to Dasom, it was another fun week full of funny comments!

SISTAR’s Dasom talked about SISTAR members walking around in nothing but their underwears at home, while PSY received another friendly tweet from T-Pain.

“Television and broadcasting staff are saying that they’ve seen too much of me and that now they want to see more of Siwan or Dong Jun.” – ZE:A’s Kwang Hee reveals he’s being pushed back for love calls now!

“He also texts me around 3~4AM every day!” — SISTAR’s Dasom talks about Leeteuk’s late night text messages!

“I was raised under conservative parents, and I wear long sleeves and long pants at home as well. When I first moved in, I saw that all the unnies were walking around in their underwear. I was shocked.” — SISTAR’s Dasom talks about her dorm life!

“Even though other members have gone frequently on entertainment programs, just because of the reason that I am a vocal member, I have not even been given one chance.” — Super Junior’s Kyuhyun talks about his frustration of not getting any variety show spots because of his image.

“I tend to date one person for a long time. I try to experience a lot of things with that one person.” — G-Dragon talks about his dating style!

“I guess I just don’t have a good personality” — Kim Ha Neul talks about beingn bullied in school and having difficulty socializing with celebrities.