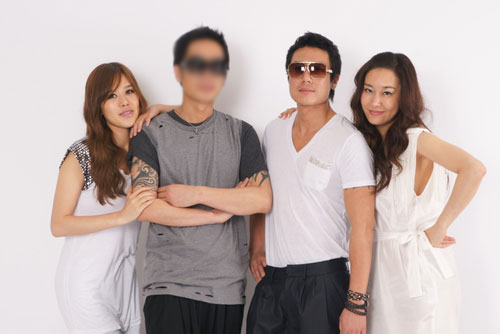 Roora Will Mark Comeback as a Trio Without Go Young Wook

One of the popular groups of the 90s, Roora (Kim Ji Hyun, Lee Sang Min, Chae Ri Na) will come back out of retirement without fellow member Go Young Wook. He has been accused of sexually assaulting a minor and have since ceased activities. Later, it’s been revealed that there wasn’t enough evidence for him to be tried in court, but it seems he still wants to hang low from the public eye.

They will perform on “Youth Night Concert” on November 30 and December 1, which will be held at Bangyidong’s Handball Stadium at the Olympic Hall in Seoul. Lee Sang Min revealed through Mnet’s “God of Music” that Roora will soon actively promote.

The current line up for “Youth Night Concert” is: Kim Gun Mo, DJ DOC, KLON, Cool, Koyote and Goofy who are all representatives of 90s K-Pop. The concert was first held this past August in 4 different cities bringing in a crowd of 20,000 fans, which became a big issue. The very successful cable channel drama “Answer Me 1997” has greatly contributed to the 90s K-Pop boom.

You can purchase tickets for “Youth Night Club” from Interpark starting October 4.

Any Soompiers in Seoul planning to attend the concert?

KPLG
Roora
90s K-Pop
How does this article make you feel?