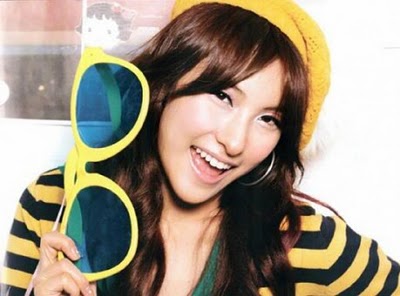 Kara’s Leader Park Gyu Ri Spotted as an Extra for a Past CF?

On the episode of “Strong Heart” that aired on September 25, Kang Ye Sol shared, “After I won the 1st place title of ‘Miss Choon Hyang,’ I was cast for the ‘Beautiful Women Like Pomegranates’ CF with Lee Joon Ki.”

The staff members prepared a big screencap board that held images of Lee Joon Ki and Kang Ye Sol. Then, people noticed a familiar face in the screencap. It was none other than the leader of Kara, Park Gyu Ri! This CF was filmed in 2006, which was a year before Kara debuted. Park Gyu Ri was working as a CF model then.

Kang Ye Sol also shared how she was cast as a model for a soju advertisement in Japan and how that got her to throw the ceremonial pitch at a Japanese pro baseball game.