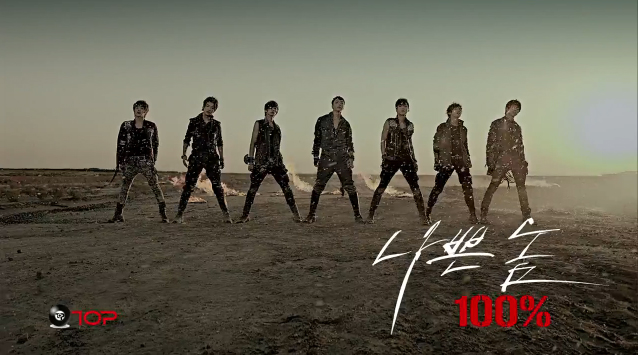 While this version shows off the same three locations (the flaming desert, a black and white room, and a bright shiny square room), the individual scenes and closeups were removed.

Created by TOP Media, they are label mates alongside established Teen Top. The members of this seven person group are Minwoo (leader), Rocky, Jonghwan, Chanyong, Changbum, Hyukjin and Sanghoon. Rocky was previously a member of TOP Media’s 2009 group Jumper.

Following the release of their debut single “We 100” on September 18, they made their debut performances on the various music shows.

Dance Version
KPLG
100%
How does this article make you feel?