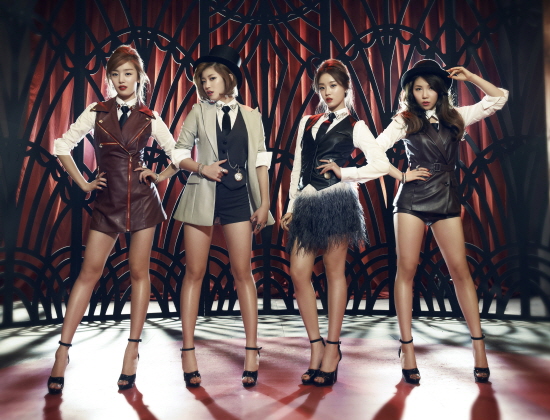 There are big changes on top of the chart this week as the new No. 1 and No. 2 songs were not even in the top 10 last week. We were predicting T-Ara’s “Sexy Love” and FT Island’s “I Wish” would be battling for the top spot, but instead those two songs only ended up as No. 3 and No. 4 respectively this week.

Secret’s “Poison” was only at No. 17 last week but leapfrogs all challengers to become our new No. 1 song. Secret has become the new darling of our chart. Last year they were named top female group on our year end Soompi Gayo awards as they had two No. 1 songs and a No. 2 song. Earlier this year, Secret focused on their Japanese career, but have now come home to release their third mini-album. The title track “Poison,” is a song of the hip-hop genre. As the song title suggests, it is about a person realizing that falling deeper and deeper in love is poisonous and yet being unable to swim out of it. The song was created by Kang Ji Won and Kim Kim Bum, who are responsible for Secret’s two chart topping hits last year, “Magic” and “Shy Boy.”

Moving up from No. 13 to No. 2 this week and was only five points behind Secret’s “Poison” is Orange Caramel’s “Lipstick”. This is the highest chart position the After School sub-unit has ever reached. They hit No. 3 with “Shanghai Romance” last year. “Lipstick” is an addictive upbeat number. Saxophone and synth sounds are key elements to this song. This cheerful song is about playing innocent after leaving a lipstick mark on a boy a girl meets for the first time.

Rounding out the all girl groups top three is T-Ara’s “Sexy Love”. This song was in a great position to become No. 1 this week but perhaps still suffering from the after effect of the group’s negative publicity over the summer, it drops one spot to No. 3. Still, it is only nine points behind Orange Caramel’s “Lipstick”. These same three songs will battle once again for the top spot next week.

One other new entry to the top 10 this week and this song will probably try to break up the girl group dominance next week. G-Dragon’s “Crayon” debuts at No. 7 this week. This song is the title track from G-Dragon’s mini-album “One Of A Kind” and it replaces “That XX” which was in the top 10 the past two weeks. “Crayon” is an abbreviated form of “Crazy On.” It is an electro hip-hop number composed and penned by Teddy and G-Dragon.

Comment: Five-member group, V-Rus releases its first single album, “LOVE” this summer. The song is of the same title and was composed, penned, and produced by The The Band’s leader Kim Young Jun. This pop number is about confessing one’s love to a lover. (credits to motoway065 for translations)