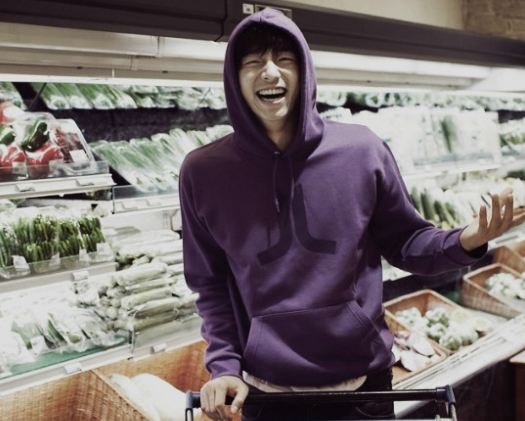 On October 3, on SBS celebrity program “One Night of TV Entertainment,” actor Gong Yoo participated in an interview on the set of the new advertisement he is filming. The attention of fans and netizens was caught by his handsome looks and well-groomed figure. Actor Gong Yoo who is considered at the peak of his career is in the middle of a diet and exercise regimen in preparation for his next movie role. His slim figure and tall height stood out on the set.

The attention of the public was also caught by Gong Yoo’s consideration of the reporter interviewing him. As the reporter was significantly shorter and holding out a mike for him, Gong Yoo showed his manner legs. Gong Yoo spread his legs out to bring his height down to her height so that she could meet his eyes and hold out the mike more comfortably.

Gong Yoo explained that there are often these kinds of situations on set as he is often a lot taller than his female costars. For the aesthetics of the scene in showing the two looking into each other’s eyes, Gong Yoo said: “Even when I do dramas, this Gong Yoo frequently appears. Because I have to deal with there being a big difference in height with my female stars, if I want our eyes to be able to meet, I often have stand with my legs wide apart.”

The public commented that he was not only a romantic guy but a considerate guy.

Gong Yoo
One Night of TV Entertainment
KPLG
manner legs
How does this article make you feel?