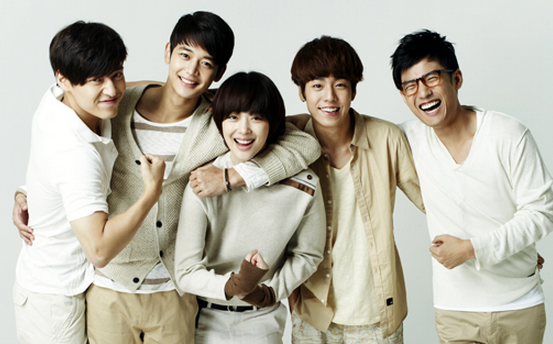 “To the Beautiful You” Ends Its Run with Single Digit Ratings

SBS’s “To the Beautiful You,” starring SHINee’s Minho and f(x)’s Sulli, ended its 16-episode run with a single digit rating. According to AGB Nielsen, the final episode recorded 5.2% (AGB Nielsen), a 1.1% jump from the night before. The series will be replaced with historical drama “Dae Pung Soo,” starring Ji Sung, Song Chang Ui, and Ji Jin Hee, on SBS next week. Check out Minho and Sulli’s goodbye message to the drama and their characters here!

Interestingly, “To the Beautiful You” was the only drama that managed to see an increase in ratings last night. KBS’s “Nice Guy,” starring Song Joong Ki and Moon Chae Won, held onto its lead but saw a dip, recording 15.1%. Ratings for MBC’s “Arang and the Magistrate,” starring Lee Jun Ki and Shin Min Ah, also dropped 0.4%, recording 12.9%.

To the Beautiful You” was about Goo Jae Hee ( Sulli), an extreme fan girl of champion high-jumper Kang Tae Joon (Minho), who tries to make a comeback from a career-threatening injury. To help revive his career, Jae Hee impersonates a guy to attend Tae Joon’s all boys high school.

“Nice Guy” is a classic melodrama involving betrayal, revenge, and romance. The story is about Kang Maru (Song Joong Ki), who gave everything up for the woman (Park Shi Yeon) he loves only to be betrayed by her. To get revenge on his ex-girlfriend, he uses another girl (Moon Chae Won).

Based on famous folklore, “Arang and the Magistrate” takes place in the Joseon era. Shin Min Ah’s Arang is the daughter of a magistrate who is brutally murdered. She returns as a ghost with no recollection of her life and how she was murdered. Arang goes around haunting every new magistrate who comes to town, that is until Lee Jun Ki’s Eun Oh. Eun Oh isn’t just any ordinary Joseon man. Since early childhood, he had the ability to see and communicate with ghosts. As such, he’s gotten used to being bothered by the spirits. Eventually, Eun Oh helps Arang learn the truth of her death.