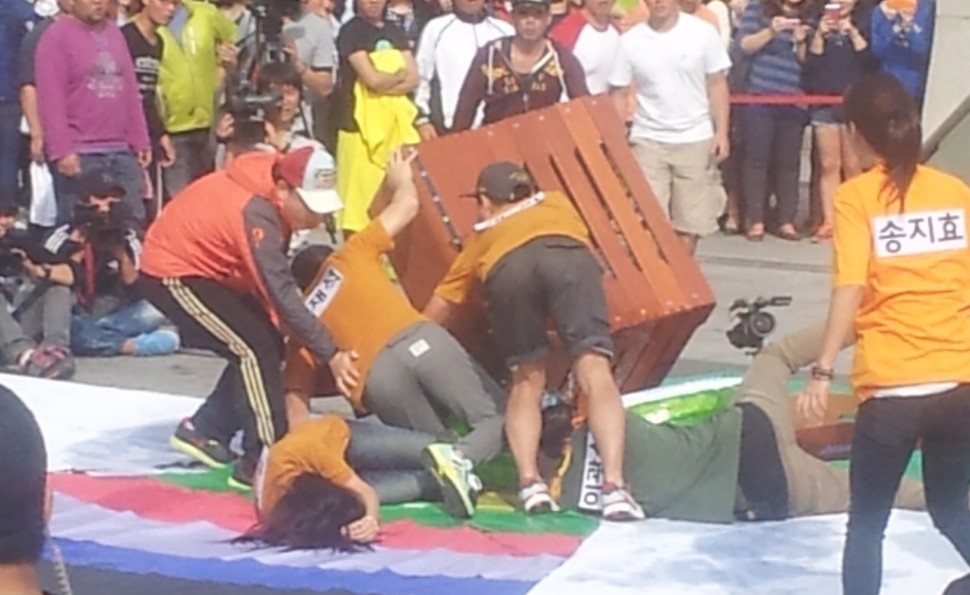 On October 9, a photo was spread throughout online community forums with the title, “An Accident Almost Happened on ‘Running Man‘ Today.”

In the photo, a huge crowd is gathered around the “Running Man” cast members as they try to hold up a big jumping board and a female guest laying down on the ground.

According to the poster, the female guest is Wonder Girls’ Yoobin. She was trying to jump over the jumping board but she fell down and the heavy board was about to fall on her. Instantaneously, the “Running Man” cast members rushed to her aid and held the board to keep it from falling on Yoobin. In the photo, you can see Yoo Jae Suk, Gary and Lee Kwang Soo rushing over to the almost-accident scene. It all happened so fast that Lee Kwang Soo and Yoo Jae Suk fell down, trying to hold the jumping board.