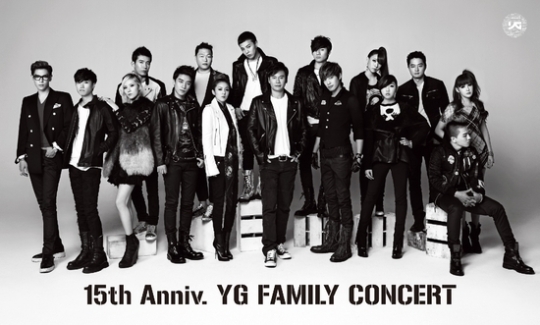 After Psy achieved global success with “Gangnam Style,” Big Bang’s G-Dragon quickly followed suit. On September 15, he released his solo mini-album “One of A Kind” with the title track “Crayon.” Even though he didn’t actively promote his title track, it still hogged the spotlight for a good time during the peak of his promotion period.

Epik High is next on the promotion list to the delight of fans who have patiently waited for more than 3 years for new material. They have just released the song “It’s Cold” featuring labelmate Lee Ha Yi ahead of their album release on October 19. The song has achieved “all-kill” status continuing the popularity of the other YG artists. Next up is none other than the not-really rookie Lee Ha Yi who is most known as the runner up for the highly competitive and popular SBS’s “K-Pop Star.” She will make her official debut on October 29.

A small disclaimer, but the following order on the promotion roster is a rumor. SuPearls (consisting of other contestants of “K-Pop Star” Lee Michelle, Lee Jung Mi, Lee Seung Joo and also Lee Ha Yi), a group originally planning to make their debut in September, was pushed back by the unexpected popularity of Psy’s “Gangnam Style.”

In November, 2NE1 and Big Bang’s Taeyang are planning to release new material. 2NE1 has already released their single “I Love You” in July and have proved their undying popularity. They’re aiming for a full-length album this time around. There’s much expectations for Taeyang, who experienced much success with his previous solo songs like “Look Only At Me” and “Wedding Dress.”

Dubbed as “YG’s Girls’ Generation,” the girl group was also originally supposed to debut simultaneously with SuPearls. They have now been pushed back to January 2013.

An industry official commented, “YG Entertainment started this year with Se7en and if we had to use baseball as an analogy for YG this year, they hit a homerun. There’s no strike. It’s highly likely that “YG Rush Hour” will last til the end of this year. If Psy’s ‘Gangnam Style’ continues to stay addictingly popular, there’s no telling how the traffic will ease up. It’s normal for entertainment companies to not expect any security, but YG Entertainment is doing beyond well. “

Soompiers, are you excited for the line up? When do you think “YG Rush Hour” will end? Ever?