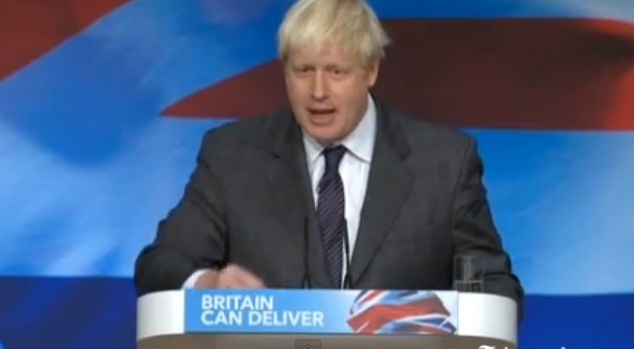 K-Pop stars often say the most surprising and funniest things! This week’s top celebrity quotes involved a lot of PSY and “Gangnam Style,” as usual, but Mir’s odd (?) confession to Secret’s Hyosung and miss A Suzy’s unexpected ideal man will give you plenty of surprises!

From Kim Jang Hoon to Kim Yoo Jung, to even London Mayor Boris Johnson, it was a great celebrity quote week in K-Pop!

Flip through the photos for this week’s top 10 celebrity quotes!

“I have thought of Jeon Hyosung before going to sleep.” – MBLAQ’s Mir reveals Secret’s Hyosung is his ideal type of woman. But after making that statement, Mir quickly took a step back and said, “I was simply thinking of a colleague before sleeping.”

“It was really awkward in the beginning.” – FT Island’s Lee Hongki says his nail art obsession didn’t start out too smoothly, but now he thinks it gave him his own unique personality.

“But strangely, our eyes kept meeting.” – After School’s Lizzy shares a story about seeing Yoo Seung Ho at a movie theater and how they kept meeting eyes, adding, “Now I am an idol singer but I’m still curious as to why we kept meeting eyes back then.”

“T.O.P oppa did a lot of research on me on the Internet. Then suddenly he asked, ‘Are you in a school gang?’” – Child actress Kim Yoo Jung shares a funny story of Big Bang’s T.O.P out of no where asking if she was part of a gang. She explained it was due to an Internet search term that linked her to a school gangster.

“I feel so proud of my name today.” – Brown Eyed Girls’ Narsha shares the true meaning behind her foreign-sounding name on October 9, in commemoration of Hangeul Day, or Korean Day. Apparently, it contains meanings of “high flying” or “soaring.”

“Dad, let’s live together now.” – PSY reveals that his twin daughters tell him this whenever he finally returns home from all the late night practices and business meetings. He said he often stays out practicing and coming up with new ideas for future performances, which results in not being able to his kids for days.

“Even foreign news outlets have reported on our fight.” – Kim Jang Hoon makes a surprise appearance at PSY’s mini concert and reconciles with PSY, after rumors of discord and even suicide involving both artists.

“Many people know Haha as the ‘little boy’ character but he is actually a manly man.” – Byul reveals that her husband Haha is manly guy that can push things forward. But at the end of the day, what really bought her heart was his honest and genuine heart �de42

“Gangnam Style is very good. The Prime Minister and I danced Gangnam Style the other day, you will be shocked to discover.” – London Mayor Boris Johnson shows his love for PSY’s “Gangnam Style.” We knew “Gangnam Style” was popular, but didn’t it would get a mention at the Tory conference too!