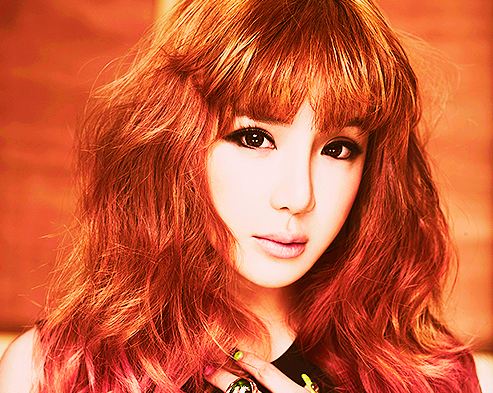 On the first photograph, Bom commented: “My older sister is a cellist!!! But…. My sister went to the 2012 Busan International Film Festival. Kkk Without my knowing, she filmed a movie~~ *^___^* Inattentive younger sister ㅠ.ㅠ…The title of the movie is “Ensemble” … Even though it hasn’t come out yet, I’m curious *^^* To the farthest right is the charismatic Kim Nam Gil *^^*.”

On the second photograph, Bom commented: “The last from the 2012 Busan International Film Festival red carpet!!! I didn’t have confidence to go up ㅠㅠ I was embarrassed!! Again, there was another reason that I couldn’t go up to support my older sister!!! ㅠㅠ [But] I’ve uploaded the pictures taken at BIFF kkk I am the only younger sister who didn’t even know her older sister filmed a movie because I was busy ㅠㅠㅠ I am so sorry ~~~!!!*^____^*.”