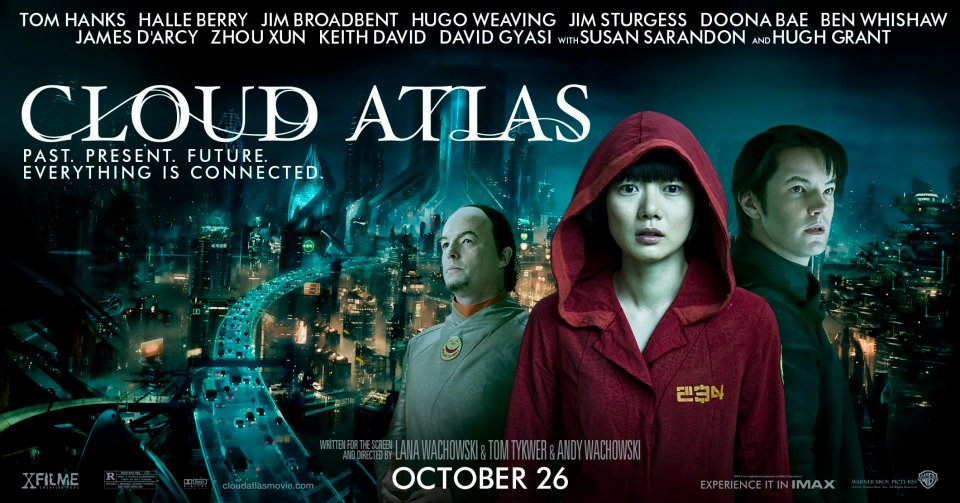 “Cloud Atlas,” an independent film written and directed by Lana and Andy Wachowski (best known for their work on the “Matrix” trilogy and “Speed Racer”) and Tom Twyker (the director/writer of “Run Lola Run”), is coming to San Francisco for an exclusive screening. The film, an adaptation of David Mitchell’s book of the same name, is “a powerful and epic drama that explores how the actions and consequences of individual lives impact one another through the past, present, and future.”

Soompi will be giving away 50 pairs of tickets to an early screening of the movie for our members (see below for details on how to enter).

Doona Bae, the South Korean actress, is part of an all-star cast that includes Tom Hanks, Halle Berry, Hugh Grant, and many others. Doona Bae is best known internationally for her role as the protagonist’s political activist girlfriend, Cha Young-mi, in the film “Sympathy for Mr. Vengeance” (2002) and as archer Park Nam-ju in “The Host” (2006). Her most recent Korean dramas include “How to Meet a Perfect Neighbor” (2007), Master of Study (2010), and Gloria (2010). Check out Soompi’s Doona Bae forum thread, the Doona Bae tag, or her website to learn more.

The screening will take place on Thursday, October 25, 2012, at the AMC Metreon 16 theater in San Francisco. The schedule for the event is as follows:

The first 50 people to follow the instructions below will win a pair of tickets to the “Cloud Atlas” screening:

2. Email your name (as it appears on your official ID) to contest@soompi.com. Tickets will be available under your name at the will call table from 7-8 pm the night of the screening.

*Please only enter if you are a Bay Area local and/or you can definitely make it to the screening.

Check out the trailer for “Cloud Atlas,” which will be released to theaters on October 26, 2012, below: