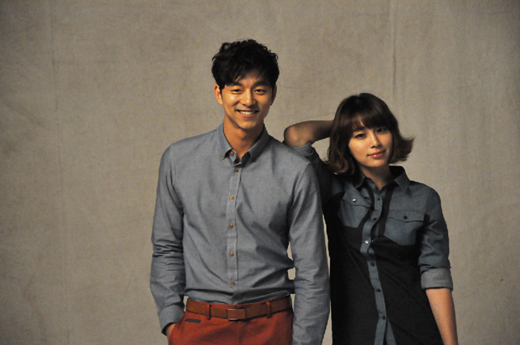 These two actors are set to show that the “it” colors for this winter are orange, blue, and yellow. Though Gong Yoo is currently worn-out from filming his movie that is planned to be released in the next few months, he did his best to take care of all the staff and to make the studio all the more enjoyable.

As Lee and Gong have previously starred in the KBS2’s romantic comedy drama “Big,” the chemistry between these two has not yet evaporated and they seemed like actual lovers during the photo shoot. Much interest has been gathered from the netizens and their comments include, “They look so perfect,” “What happened to Lee Byung Hun?,” and “So this season’s trend is vivid colors?”