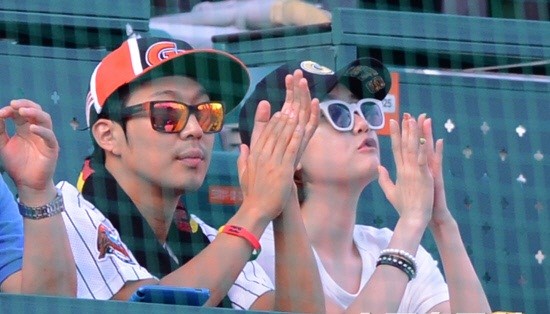 On his Twitter on October 27, photographer Oh Joong Suk posted Haha and Byul’s wedding pictures along with a message, “Today was the best day ever! The photoshoot was filled with happiness, fun, and laughter.”

In one picture, Haha transforms into the character created in the variety show MBC’s “Infinity Challenge.” The theme of the second picture is “Let’s find the real Haha.” In both pictures, Byul shows off adorable expressions and is surrounded by her future husband.

After seeing Oh Joong Suk’s tweet, Haha replied, “It was an honor for me to be working with Rio Raybe.” He continued, “Joong Suk’s wedding studio is the best.”

Haha and Byul are planning to have their wedding on November 30. They have already registered their marriage, and therefore are considered legally married.