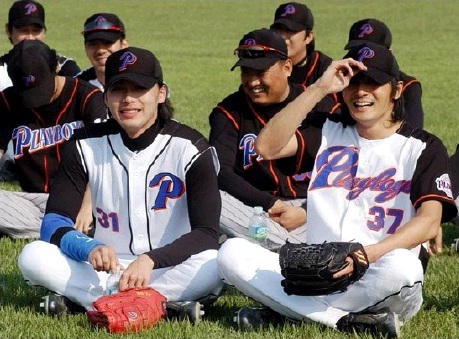 Although they may not look too much alike, Korea’s top actors Jang Dong Gun and Hyun Bin are being called doppelgangers. Their similarities have been brought to light by their connections to famed script writer Kim Eun Sook.

In the 2010 SBS drama “Secret Garden” Hyun Bin captivated the hearts of the viewers by playing the stubborn and confident Kim Joo Woon. Jang Dong Gun wooed the hearts of many women playing the stubborn but subtly romantic Kim Do Jin in the SBS drama “A Gentleman’s Dignity.” Both dramas were written by Kim Eun Sook. Then, after starring in their respected dramas, the two actors took on completely different roles in movies with a Chinese costar.

After “Secret Garden” Hyun Bin starred in a beautiful and moving love story with Chinese actress Tang Wei in the movie, “Late Autumn.” On the other hand, after making the small screen comeback in “A Gentleman’s Dignity” Jang Dong Gun showed a different image in the remake of “Dangerous Liaisons.” Jang Dong Gun changed from a charming gentleman to a sexy homme fatale who seduces Zhang Ziyi ad Cecilia Cheung.

The two have also share the bond of playing the same character. Jang Dong Gun played “Han Dong Su” in the iconic movie “Friend”, and Hyun Bin played the same character in the drama version. They both have narrated documentaries and had chart topping music hits. Both are also considered kings of advertising.

A representative said, “Whether it be a masculine or tender image, they are both known as refined gentlemen when they models for brands. They both have good personalities and manners. They are punctual and have other such things in common.”