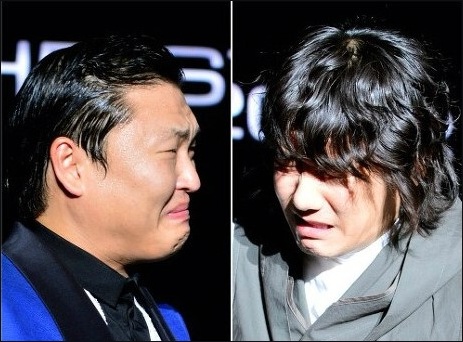 Kim Jang Hoon on Dispute With PSY: “Everything Was My Fault”

Singer Kim Jang Hoon opened up about his dispute with PSY on “Win Win” on October 30.

In the broadcast the MC Kim Seung Woo carefully asked him, “What happened between you and PSY?” Kim Jang Hoon answered, “First of all, everything was my fault.”

He added, “A younger brother can hurt his older brother. However, I shouldn’t have brought in the media just because there was a minor problem between PSY and me. I should have reconciled with him first.”

Kim Jang Hoon and PSY were widely known as best friends until rumors began to spread about discord between the two. Kim Jang Hoon went to Twitter to complain and eventually both sides went to the media. This all happened while Psy was successfully promoting “Gangnam Style.”

The two reconciled publicly at a concert and you can read the full details here.