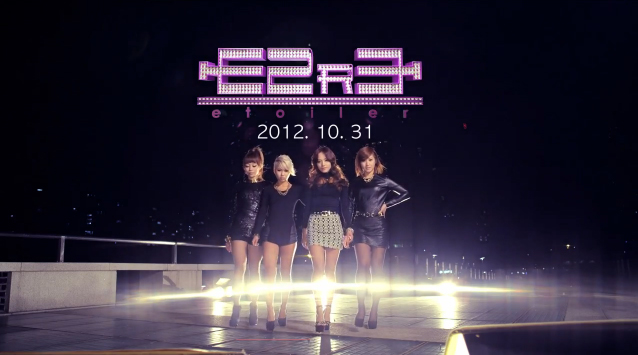 Instead of revealing a normal music video first, they have released an 18 minute long drama video featuring actor Lee Sun Gyun and actress Oh Yeon Seo. In the video Lee Sun Gyun and Oh Yeon Seo play a couple that are being chased a killer, played by one of E2RE’s members, Hee Jung.

“Deep Night Sad Song” was created by Jeon Hae-song, who is also known for writing previous hit songs such as ‘That Woman” from the OST of Secret Garden and Lee Sung Chul‘s “Long day.”

Managed by CS Happy Entertainment, the four members of this group are Silver, Yurim, I.lin and Heejung. They are said to have trained for three years before their debut. E2RE comes from the French word, “étoiler,” which means “stars shining in the sky” and also suggests that they will become stars of the K-Pop industry.