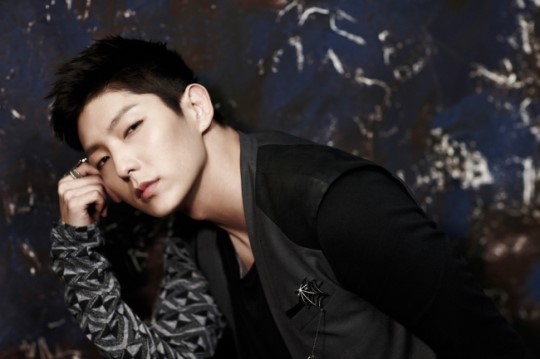 Actor Lee Jun Ki (30) returned to the small screen in MBC’s “Arang and the Magistrate.” Although the drama was neither a serious melodrama nor a sad romance, the actor became completely absorbed in his role and showed a variety of abilities as Kim Eun Oh, a man that can see ghosts.

After wrapping up the successful drama the Hallyu actor met up with reporters to talk about the drama, the Hallyu wave, and his life.

Lee Jun Ki is not only famous for is acting, but also for his fan meetings. He has held an unprecedented three hour long fan concert, something quite unusual for a top actor. In his concert, Lee Jun Ki sang ballads and even performed dance numbers for his fans. His fan meetings have been called the best of fan meetings and received positive reviews for his showcase and for the way he communicates with his fans.

Although originally his methods received some criticism from his acting seniors, these days other Hallyu stars are taking notes. During his reign as top Hallyu star, Bae Yong Joon had his own distinctive style of giving to his fans but now the new generation of Hallyu stars, such as Lee Jun Ki and Jang Geun Suk, has their own ways.

While Lee Jun Ki was serving in the military he was not able to meet with his fans, and during that time his juniors, Jang Geun Suk, Lee Min Ho, and others were rising up as Hallyu stars.

“People ask me if I ever think that Jang Geun Suk has taken my spot whenever I see him. People have even asked me if I feel sick whenever I see a picture of him. I’m doing quite well. It doesn’t take just one person to spread the Hallyu wave,” the actor said.

It seems like Lee Jun Ki has a definite idea of what it means to be a Hallyu star. He’s well aware of the differences between him and Jang Geun Suk. While both are good looking, they convey different charms to their fans. Jang Geun Suk is smooth yet unpredictable. He showcases himself each day as if thinking, “What would make the fans happy today?” The media calls his attractions, “self producing charms” for his deliberateness.

With that said, what draws fans to Lee Jun Ki? As an actor being skilled in that talent is important, but he is also a star so he must also have personal charms. He is known to work sincerely and dedicatedly. In addition to his sincerity, he exudes kindness and warmth. This is why fans love Lee Jun Ki.

Also his acting has improved step by step.

“I can’t act as well as my seniors. I still have a lot to work on, but I do know some things about acting,” the actor said modestly about himself.

During his time in the military heard that he should be worried about the handsome and talented actors in their twenties who were gaining popularity.

The actor said, “While I consider Song Joong Ki, Kim Soo Hyun, Yoo Ah In, Lee Min Ho, and Jang Geun Suk my hot friends in their twenties, I think that if I don’t act properly I will probably be compared to them.”

He added, “However, the increase in talent gives me strength and stimulates me. Although they might take some of my popularity, I think I need to learn from them even if they are my juniors.”

Lee Jun Ki takes self improvement seriously. He carefully reads even the negative comments about himself. He does this because he thinks it is the best way to improve himself.

It seems during that time in the military Lee Jun Ki also learned to be more flexible. Before he had only tried to show a fierce and strong image to the public, perhaps to make up for his feminine looks. Nowadays he has let himself loose and show a more comfortable and perhaps even more fitting image to the public.

Lee Jun Ki rose to fame with his movie “The King and the Clown.” For his next drama, “Time Between Dog and Wolf” he proved that he was more than just a pretty face.

In “Iljimae” he played a serious yet pleasant multifaceted character and developed himself as a serious actor.

Although the viewership rating for his next drama “Hero” was low, he had now become a top respectable Korean actor.

Now, “Arang and the Magistrate” welcomed him back as actor and we can expect to see more of his talents and abilities in the future.