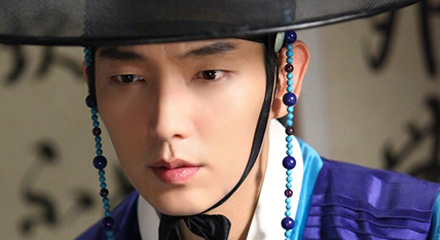 Interview with Lee Jun Ki: “Girlfriend? Shouldn’t I Say That I Don’t Have One Even If I Do?”

It’s already been 8 years since Lee Jun Ki has made his debut as an actor. Lee Jun Ki, who just recently wrapped up his latest project Arang and the Magistrate, had a chance to unwind and chat for an interview with SBS’s “E! News.”

Why didn’t I learn this earlier?
“I just recently got crazy over learning the guitar. I told myself that I’ll learn for the past 3 years, but didn’t and ended up going to the military.”

I lived a boring life
“I had a really disciplined lifestyle before entering the military. Before enlistment, I rarely went outside of the house and even if I drank, it was somewhere near home with my manager. I was afraid of rumors so I never invited females. After hearing this, Kang Mun Young sunbaenim exclaimed worriedly, ‘Why did you live like that?’ After finishing service, I changed. Nowadays I’m more ‘cool’ at gatherings. I frequently eat at hole-in-the-wall restaurants and take taxis by myself. Even at the bar, people would say, ‘Wow, a celebrity’ for 40 minutes and afterwards wouldn’t care. I realized that I was too uptight before. (Laugh)”

Fans said to never receive botox
“I tend to listen to my fans. I don’t think their words are annoying nor get frustrated. They never really have been wrong before. Also, they are people who care about me the most. They advised, ‘Even if you get older, please don’t get botox.’ I have absolutely no desire in receiving plastic surgery. Also, I want to keep on working. That’s why I wrote on my twitter, ‘I’ll work like a cow.’ (Laugh)”

Actor Lee Jun Ki who’s 30 years old
“I’m starting to have forehead wrinkles, which was never there before. I probably got it because I continuously wore hats for a long time during the ‘Arang and the Magistrate’ filming. These wrinkles are natural, since I’m now 30. I was young and fresh in my 20s, so that’s probably why I didn’t smell like a man. I like the feeling of being 30. I feel like with getting older one year, another year, I’m expanding my character choices. As a male actor, I don’t hate getting older.”