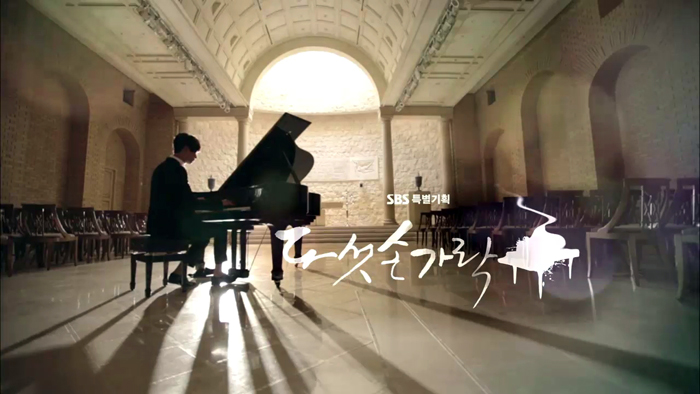 To advertise the show, TBS and other Japanese entertainment reporters visited the filming site of “Five Fingers” on November 6 to film BTS clips, interviews, and actors’ preview commentaries. A representative from “Five Fingers” production company commented, “In the case of Joo Ji Hoon, Japanese reporters waited until 3 o’clock in the morning to interview him after the filming. There has been much buzzing not only about Joo Ji Hoon, but also about ‘Five Fingers’ in Japan. Joo Ji Hoon was smiling constantly and treated everyone in his delicate and gentle manner, making several female staffs smitten.”

Chae Shi Ra conducted her commentary in fluent Japanese from the beginning to the end and impressed the staffs. Jin Se Yeon was asked to comment on the two actors playing her partnering role. She said, “In the show, Joo Ji Hoon could be harsh, but he is still very charming. In real life, he is very funny, friendly, and likes to joke. Ji Chang Wook has a very attractive smile, but he doesn’t get to smile much in the show. He’s really a nice and honest guy.”

The Japanese press also showed much interest in Ji Chang Wook as “Smile Dong Hae” is gaining popularity in Japan. He commented on his transformation from nice “Dong Hae” to his character in “Five Fingers”, “Sometimes I’m not sure how to express my anger and frustration in one word such as ‘Bastard,’ instead of just cursing out. But it is a lot of fun to play the role of a bad guy who expresses everything.”

Also during the interview and commentary filming, the four actors and actresses were asked to explain why “Five Fingers” is special. They responded, “Some viewers will find the dramatic portrayal of tangled relationships among the characters very interesting. There is still so much to tell, so please be patient and continue to pay close attention to ‘Five Fingers.'”