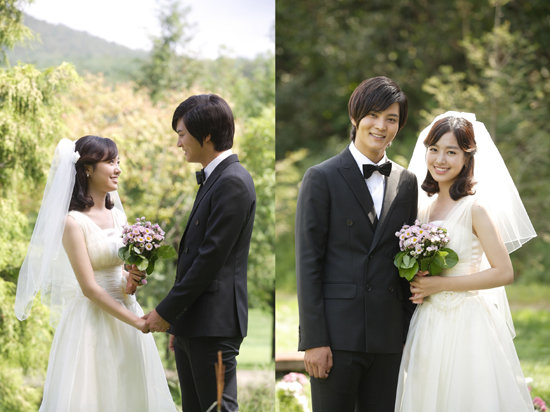 Actor Joo Won recently appeared on Story On’s “Lee Seung Yeon with 100 Women” show and when asked which actress he would like to be romantically involved between Han Chae Ah and Jin Se Yeon – both who starred with him in the KBS drama “Bridal Mask,” he picked the latter, actress Jin Sae Yeon.

He jokingly stated that one of the reasons why he chose her was because at the press conference for Han Chae Ah’s drama “Oohlala Couple,” fellow actor Shin Hyun Joon made a surprise event for her. “When I think about that, my heart goes right to Jin Se Yeon.”

On the show, Joo Won also revealed the behind stories at the time when he was performing in various musicals and also talked about his first kiss. He reenacted a scene from the musical “Jekyll and Hyde” as well which touched many of the female spectators of the show.