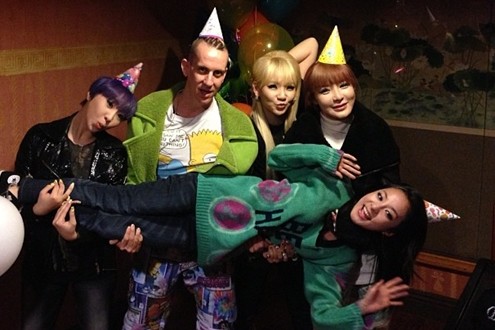 In the photos, the girls of 2NE1 and Jeremy Scott gathered to celebrate Sandara’s birthday. It looks like Sandara was surprised at the cake that features a picture of her own face.

The photos showed a fun atmosphere with the 2NE1 girls and Jeremy Scott wearing party hats and having a great time.

Netizens commented, “Sandara Park’s birthday party looks really fun,” “Sandara Park looks like she’s having a blast,” “Park Bom, CL and Minzy all have big smiles on their faces,” “Jeremy Scott and 2NE1’s friendship is no joke,” and more.

Sandara Park
2NE1
Jeremy Scott
KPLG
How does this article make you feel?