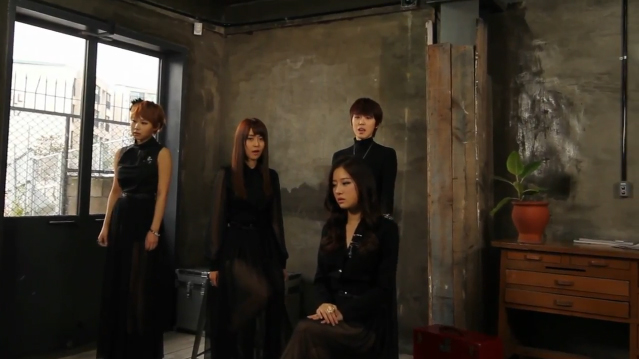 New Girl Group The Seeya Releases Dance Ver. MV for “Be With You”

After releasing their drama version music video for “Be With You” a few days ago, new girl group The Seeya has now revealed their dance version video.

While the video is labeled as a dance version, very little choreography is seen as the song is a ballad track. Since it is the first time seeing the group in a music video, the camera focuses on closeup individual scenes of the members.

Created by Core Contents Media to become the second generation of vocal group Seeya, their four members of the group are Oh Yeonkyung, Song Minkyung, Heo Youngjoo and Sung Yoojin. “Be With You” also features the rapping of SPEED‘s Taewoon.

If you havent watched the drama version yet, it features actor Joo Sang Wook and actress Im Jung Eun .

What do you think of their debut track? Do you think they will be able to live up to expectations as the second generation of Seeya?

Dance Version
KPLG
The SeeYa
How does this article make you feel?