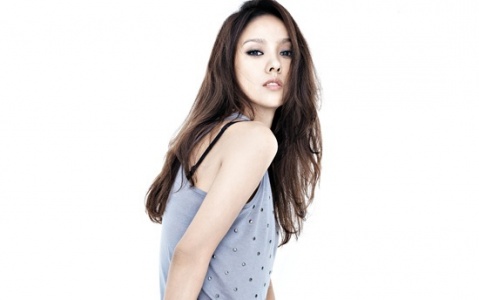 Do you know what CF means? If not, swing by “Konglish” 101 (mix usage of Korean and English) for a little quick recap. And if you’re all caught up? Why waste time and let’s get down to business!

So which top 7 celebrities made the cut this year? 2012 was a very eventful year and there were quite a few breakout celebrities from the bottom up. To think that 7th place made at least 300,000,000won (~$300,000) this past year, we can only imagine how big the number will go as we reach to the top. So what are you waiting for? Flip through the gallery to see if your favorite celebrity made it to the envied list!

Starting with number 7, Yoo Joon Sang who is now crowned as the nation’s husband aka the local version of GQ. After appearing in KBS’s weekend drama “You Who Rolled in Unexpectedly,” his popularity skyrocketed and won the hearts of ajhummas all over.

Appearing first time on the list is none other than Olympic rhythmic gymnast Son Yeon Jae, who captivated the hearts of Korea with her bright smile and button nose along with her cheery and youthful attitude. She’s currently dubbed as 2nd Kim Yuna for her increasing market power as an athlete.

Side note: Did you realize she and Yoo Joon Sang appeared in “Running Man“? Wonder if the next celebrity did as well…

And it looks like “2nd Yuna” didn’t outrank Kim Yuna in CFs this year. Standing firmly in 3rd place, Kim Yuna is reported to have earned at least 6,000,000won ($6 million) this year.

If Kim Soo Hyun was dubbed a fast rising star after showing his acting skills in “Dream High”, it wasn’t until “Moon That Embraces The Sun” that critics and the public at large fell under his acting spell. Known for his pretty and clean cut image, with credible acting chops in his 20s, Kim Soo Hyun is a dream for many in the marketing industry. This year alone, he snagged 12 endorsements.

… and lastly, who else, but latest phenomenon PSY. He probably doesn’t need much introduction nor reasoning to why he’s here at the top of yet another poll. He currently endorses 12 products and reporters have commented that his income is currently incalculable.