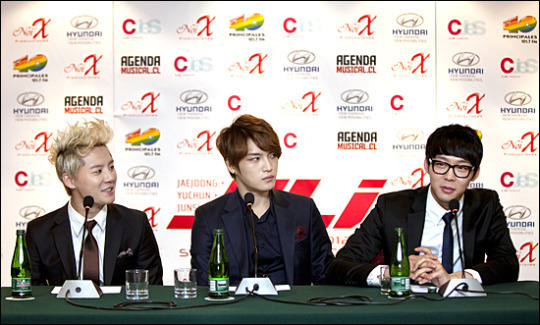 The contract dispute between SM Entertainment and group JYJ has finally come to end after three years and four months.

On November 28, both sides agreed to terminate the lawsuit filed by JYJ against SM in July of 2009. Both parties have also agreed to not interfere with one another’s activities.

In 2004, Kim Jaejoong, Park Yoochun, and Kim Junsu along with Jung Yunho and Shim Changmin debuted as the group Dong Bang Shin Ki (a.k.a. TVXQ) under SM Entertainment. In 2009, the former three filed a lawsuit against their former company for the unfairness of their thirteen year “slave contract,” and began their activities as JYJ in 2010 while still in the legal battle with SM.

This news is especially beneficial for JYJ as they will be able to promote and perform freely without any legal issues to restrain them.