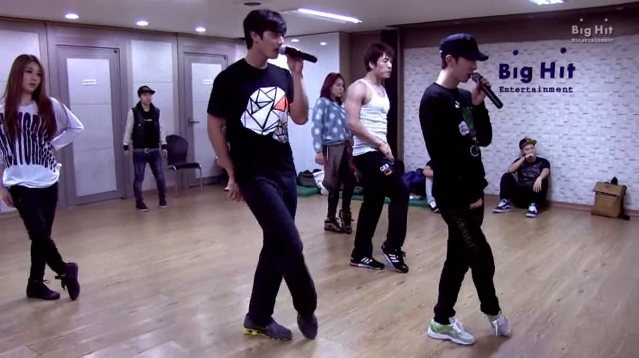 2AM recently uploaded a rehearsal clip of members Jin Woon, Changmin and Jo Kwon who covered not only the dance but also the vocals to SISTAR‘s hit track “Alone.”

It was reported that Seulong was the only member missing from the practice clip and performance of the cover because he had injured his leg.

2AM did a special cover of SISTAR’s Alone for their 2AM Asia Tour. Considering Jo Kwon’s innate talent for covering female idol dance moves with the same sexy and diva flair, he lead the troupe in their comical version of “Alone” as they tried to their best to pitch perfect and sexy at the same time.

It was only recently a trend in male idol groups, popularized by SHINee‘s Key and 2AM‘s Jo Kwon that started all the rage over male idols dancing to female idol songs and fans being able to enjoy the outcome of their attempts. Last year, 2AM showed off their dance practice video for Kara‘s “Step” and Wonder Girls‘ “Be My Baby.”

Jeong Jinwoon
2AM
Changmin
Seulong
Jo Kwon
How does this article make you feel?