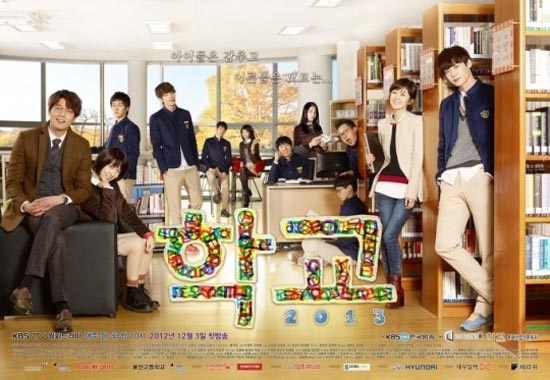 On December 1, behind-the-scene pictures of the upcoming KBS drama “School 2013” were released.

In the pictures are the casts of “School 2013” having fun. They appear to be good friends with each other.

In one picture are Lee Jong Suk and Kwak Jung Wook together shoulder to shoulder. In the drama, their characters are to be enemies but in real life, they appear to be good friends.

In another picture is Ryu Hyoyoung in an adorable jogging outfit. Park Se Young appears in the last picture and is looking beautiful.

“School 2013” will tell a realistic story of a class in Seungri high school. It will focus on the students’ lives and therefore it is expected to attract a lot of teen viewers who will be able to relate the episodes to their own daily lives.

Because the majority of the scenes will take place in school, the casts are spending a lot of time at school and getting to know each other. With so many young actors in one place, the officials stated that the shooting has been and will be always energetic.