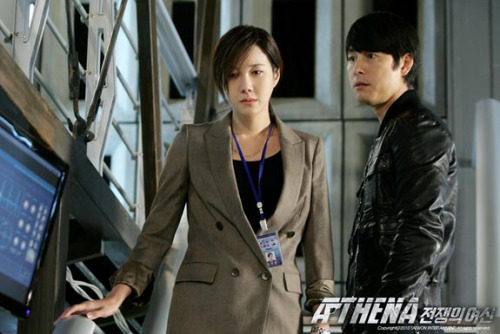 On MBC’s “Knee Drop Guru” that aired on December 6, actor Jung Woo Sung discussed his past with the actress Lee Ji Ah, who he has dated in the past.

Jung Woo Sung started by saying, “It was not her appearance that attracted me to her; it was our meaningful conversations. As we worked together on SBS’s drama ‘Athena: Goddess of War,’ we had a lot of time to talk and we became very close.”

Jung Woo Sung added, “I do not think she is guilty of anything.”

When MC Kang Ho Dong asked him how he felt after Lee Ji Ah’s scandal broke lose, Jung Woo Sung answered, “It didn’t matter to me at all.”

Jung Woo Sung continued, “The only thing I regret is the fact that she dated me caused her a lot of trouble as well. I hope she doesn’t worry about me. I hope she takes care of herself.”

Jung Woo Sung added, “If she were guilty of anything, it would be the fact that she fell in love with the wrong man. But then, is it a sin to love someone?”

He also stated, “I hope that all these misunderstandings about Lee Ji Ah will resolve soon.”