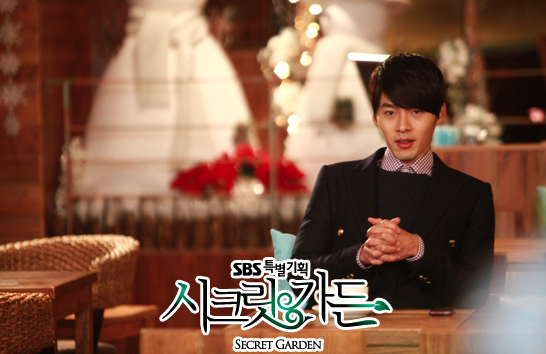 Hyun Bin’s Tears of Sadness vs Tears of Happiness

On December 6, Hyun Bin made his long awaited return to civilian life. Over a thousand domestic and international fans made their way to the Republic of Korea Marine Corps HQ in Hwasung, Gyeonggido, to catch a glimpse of the actor as he was discharged.

Hyun Bin also showed tears of sadness as he left his family, friends, and fans back in March of 2011. He was at the height of his career when he left, having seen great success with the ever popular drama “Secret Garden,” which he co-starred with Ha Jin Won. As such, many people were not ready to send him off just yet.

However, 21 months flew by, and he is finally back. During his short speech yesterday, he expressed his pride at fulfilling his duty as a male citizen of South Korea and happiness at being able to act again.

What about Soompiers? Are you happy to see Hyun Bin again? What sort of roles do you want to see him play in the future?

Hyun Bin
Secret Garden
KPLG
How does this article make you feel?