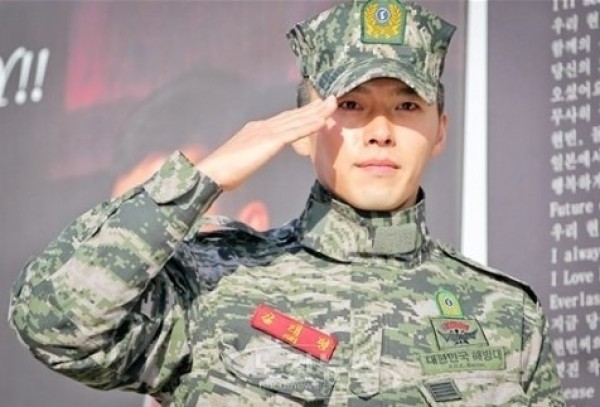 At the discharge ceremony Hyun Bin first greeted his fans, “I am sorry to make you stand there and wait for me in this cold. Hope you didn’t catch a cold.” However, because there was only a very short amount of time allotted for greeting fans, Hyun Bin had to wrap up his words quickly. He left the fans after saying, “I’ve missed you very much. Thank you so much for coming here and waiting for me. I will come back with a good drama or movie, soon.”

The “Expressway Rest Area fan meeting” was not a part of Hyun Bin’s official schedule, but he wanted to thank all the foreign fans who came all the way to his discharge ceremony from countries like Hong Kong, China, and Japan, in person. He got on every single one of the 15 buses at the rest area and thanked each and every fan in person. He was smiling all along his greetings and afterwards. Hyun Bin also thanked the guards who had been escorting him from the Marine Corp’s headquarters. He shook hands with each and every one of the guards before he left the surprise fan meeting site.

Meanwhile, many movie and TV drama producers and writers have been expressing their interest in working with Hyun Bin since before his discharge. After going through different scenarios, Hyun Bin plans on making a decision on which drama or movie to make a come back with.

Hyun Bin
the Marine Corps
How does this article make you feel?